The First World War Galleries, designed in collaboration with Casson Mann, at the Imperial War Museum, London (2011-14). The graphic interpretation design determines the graphic look and feel for the entire gallery. The Galleries were part of IWM's regeneration plan opening on the hundredth anniversary of the outbreak of the First World War.

The exhibition tells the story of the war using the testimonies of those that were there, who experienced it on the front line or on the home front. The typographic shaping of these very human voices invests them with an emotional quality equivalent to spoken word. Lines are broken where pauses would naturally happen if the text were read allowed (as it is by the companions of blind museum visitors).

Conventional panels carrying text by IWM curators are used to scaffold visitor interpretation. Where it is possible however, testimony from someone who was there is used. For example, at the top of chapter sub-story panels prefiguring the curator take on events. Most often the voice of experience is applied directly to surfaces - in distinct contrast to the museum voice carried on panels. The tension between the official voice of the museum and the many voices of experience squeezed in between is deliberate. The effect is to present this history as contestable. In many places these unofficial voices are de-bossed, cast into the concrete surface of object plinths. At other times the voices confront visitors with violent events associated with the terrifying use of weapons. 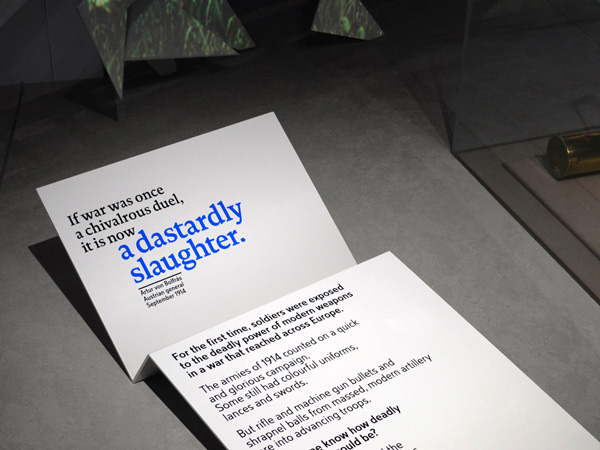 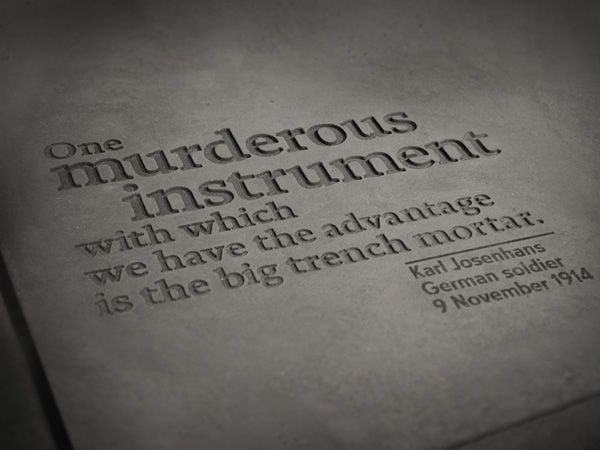 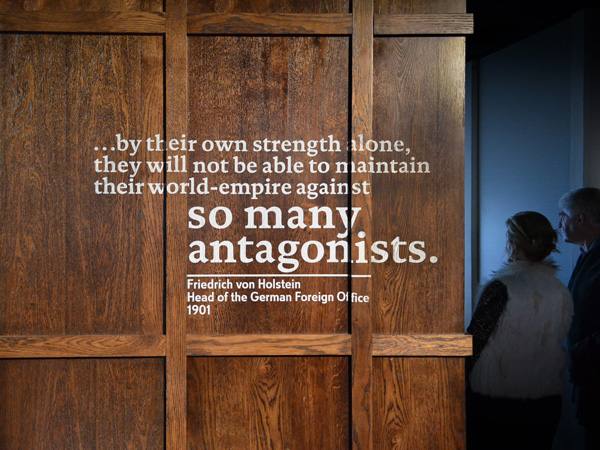 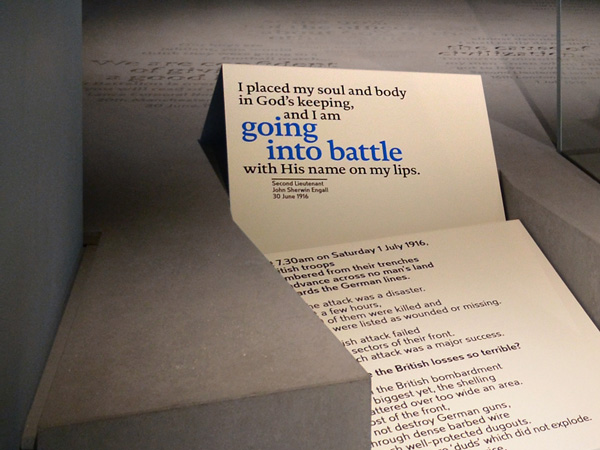 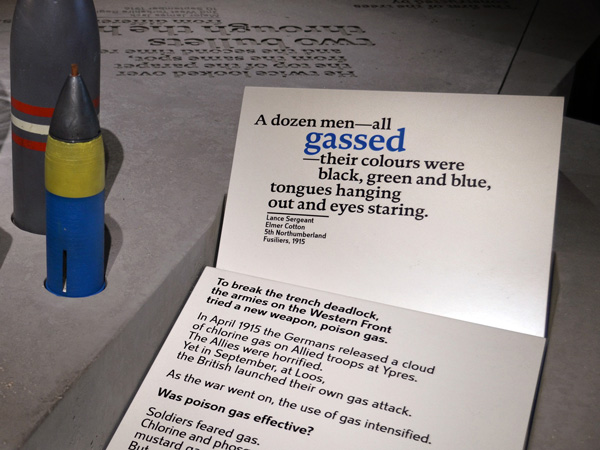 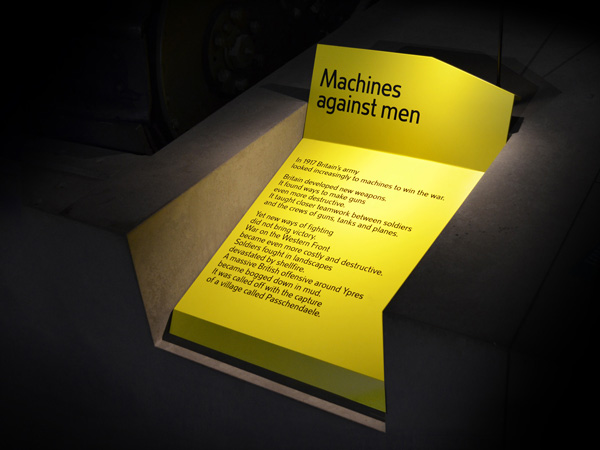 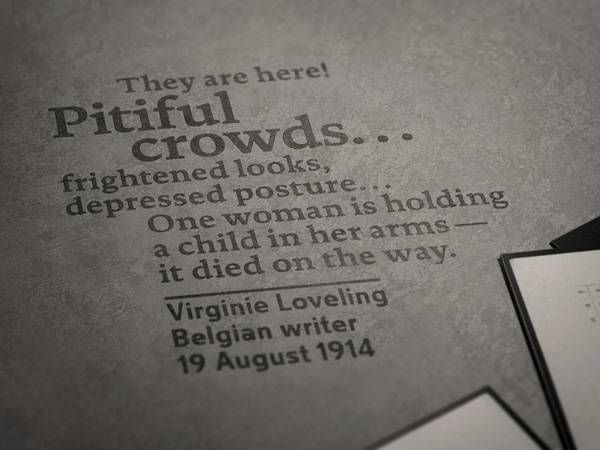 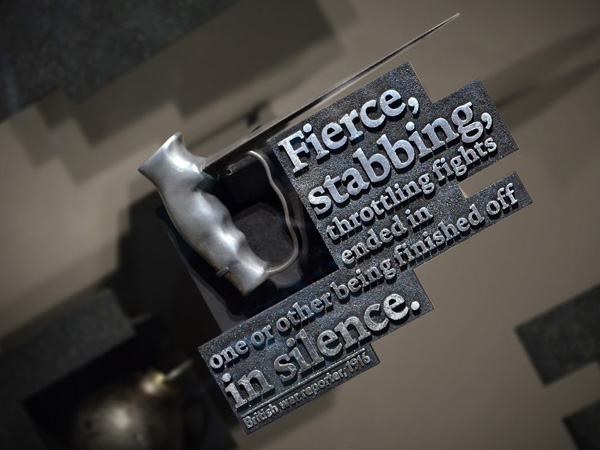 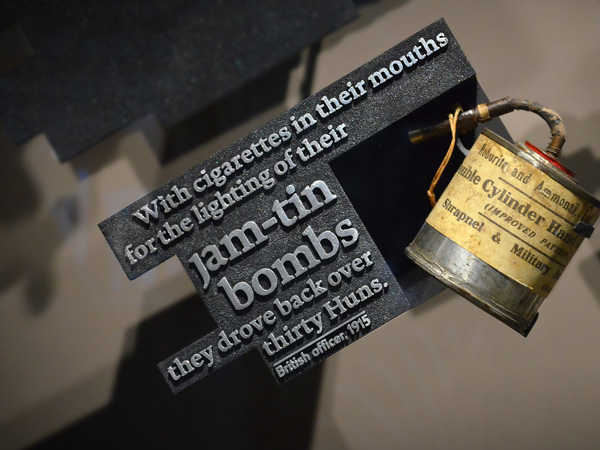 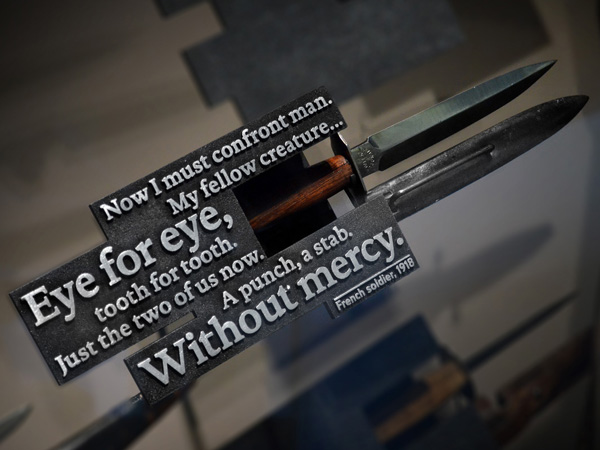 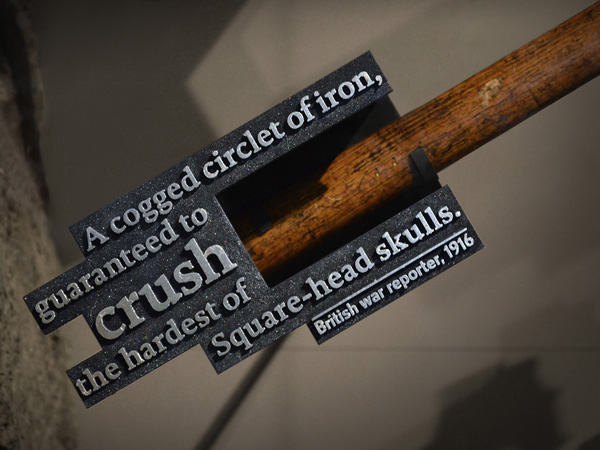 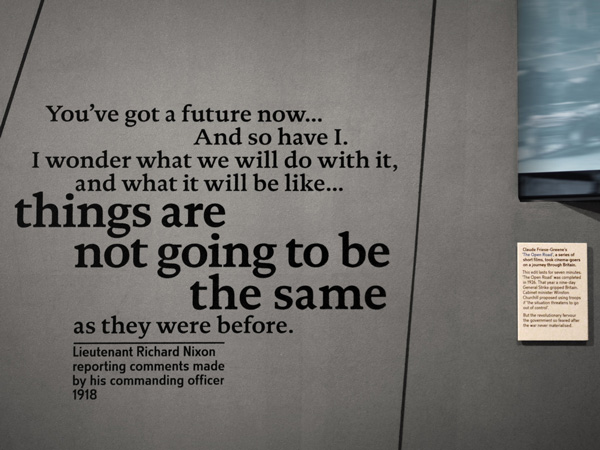 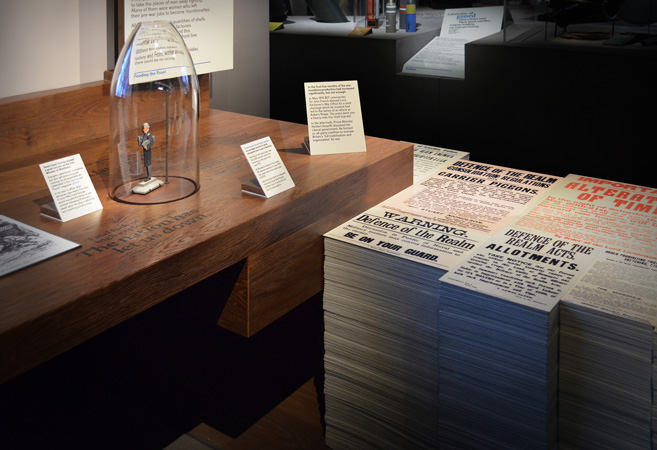 You are currently using an older browser that can only display a basic version of this website.
Please upgrade or use an alternate browser to see the full version.